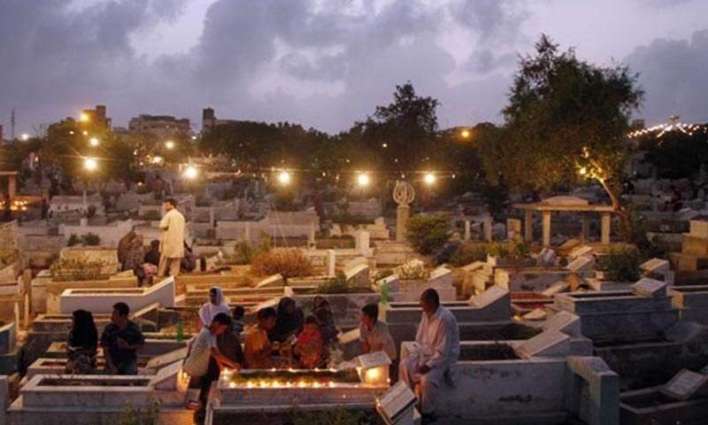 The graveyard is currently facing an acute shortage of space for new burials. As of 2009, the government of Punjab has started an anti-encroachment drive to restore the space occupied illegally. People of Lahore visit this graveyard to offer 'fateha' (a religious prayer) and lay flowers on the graves of their loved ones. In 2013, generally speaking, people of Lahore feel that the graveyard is being neglected for maintenance and needs some local government attention.

Gravediggers at the cemetery routinely bury the bodies of the newly deceased in plots that go unvisited.

The Gora Kabristan or Gora Cemetery in Lahore, Pakistan is the one of the oldest Christian cemetery in Lahore. It is located adjutant to Taxali Gate of Lahore alongside now dried up bed of Ravi River known as old Ravi. It was developed after establishment of British Raj in the Punjab Region as their primary Cemetery in Lahore. The name literally means the white graveyard. 'Gora' is an Urdu word and is used by Pakistanis to refer to light skinned or white people. Therefore, a more accurate translation would be "white people's graveyard." The term is not always necessarily used in a derogatory manner.​